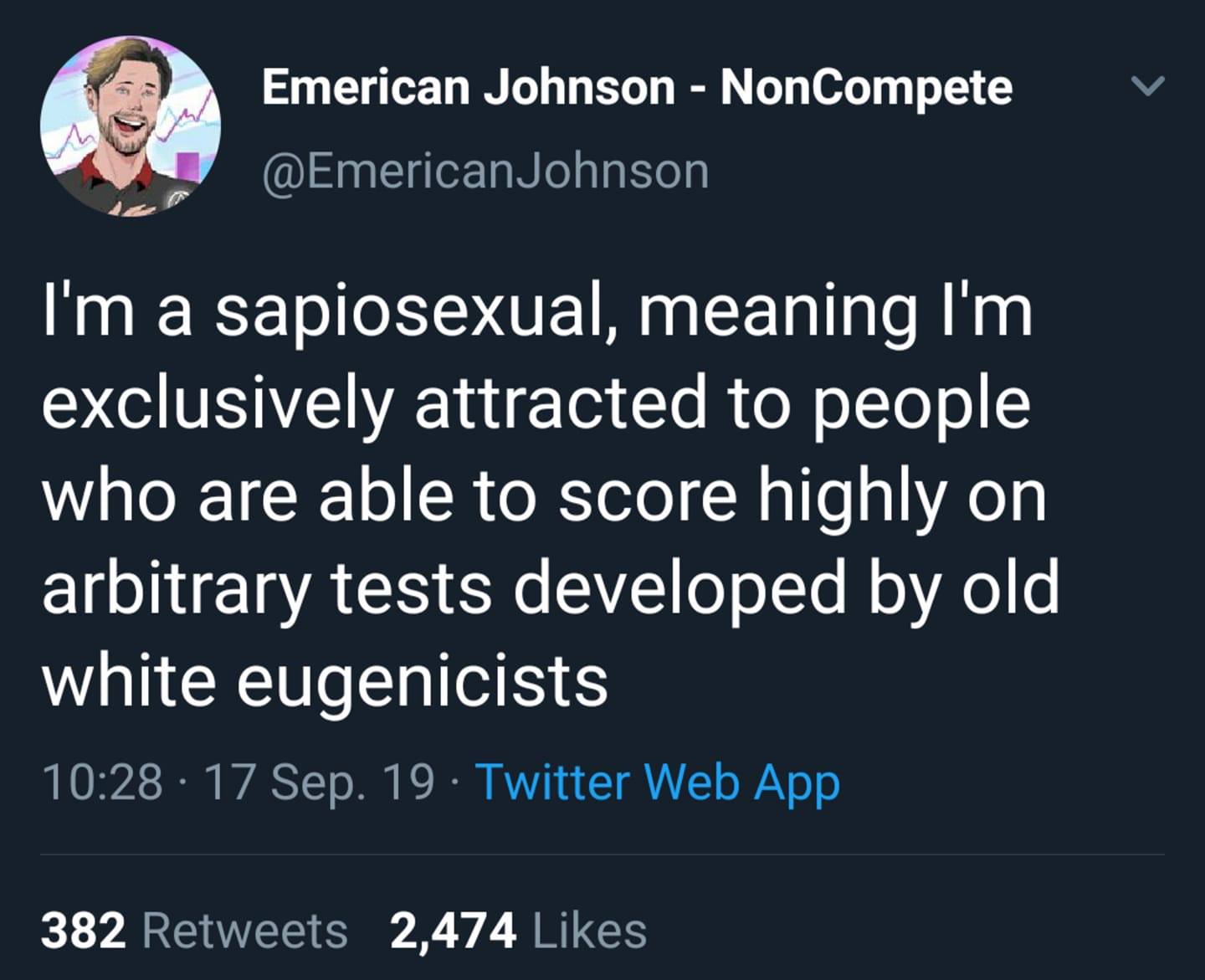 Let’s look at some examples of statistical racism to illustrate exactly why this idea that “intelligence is a real thing” is so problematic. Statistical racism is a form of prediscursive construction; observing an outcome and falsely characterizing it as the cause.

Gender is an example of prediscursive construction. Because society creates gender, it exists; and yet it is falsely claimed that society believes in it because it’s a natural fact. Here are several examples of statistically racist claims which allow false arguments to be made about the relative “merit” or “ability” of people in different racial groups.

Let’s start here. This is a graph of IQ scores based on race. There are a lot of problems here. As one example of how the IQ test is racist, one component scores test takers based on word association. The test giver will say a word and you say the first word you think of. The fancier your response, the smarter you must be. Another example is watching you try to make shapes out of blocks. If you haven’t had exposure to hands-on learning or had lots of toys as a child, then you won’t do as well. The list of reasons goes on and on.

The problem is that people see this graph and argue that these results reflect the natural genetic ability of people in these groups. In reality, there is more genetic diversity among people in a racial group than there is for people between racial groups. The idea that races are genetic is just not true. 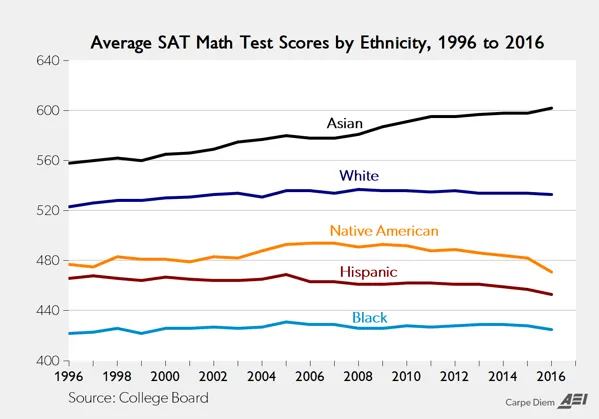 Here is another graph of sat scores by race. This one it easy. Lots of affluent white-culture words like “regatta” appear in questions on the SAT. This privileges people who are familiar with affluent white-culture. Additionally, concepts from math and science are more available to students who go to better funded schools; that means white kids. This test measures the wealth of the neighborhood that kids grew up in, not their ability or “intelligence.”

Here is another set of test scores broken out by race including gmat. As you can see, the same trend follows. There is no genetic difference between these groups. The tests are measuring the quality of education the kids have received and the relative wealth of the neighborhoods they grew up in.
In all of these cases, the results of generational poverty, racial profiling, and education underfunding are showing up in the test results of kids based on the neighborhoods they came from and the opportunities for advancement they were given. This result is then presented as evidence that these groups of kids are somehow fundamentally different, and “intelligence” is the name given to what’s different about the groups.
This claim is categorically false and categorically racist.