Persepolis rising is the seventh book in The Expanse Series. It is probably the least eventful of the series, and the most predictable. As far as Sci-Fi books go; it’s a great book. Persepolis Rising was well written and excellently orchestrated.  There are a lot of really interesting situations and arguments involving the philosophy of power dynamics and political science, kind of in the same vein as Ender’s Game.

That said, everything in the book is sort of the next steps from the previous books. There are no major plot twists or unexpected turns. Everything happens exactly how you expect it to. 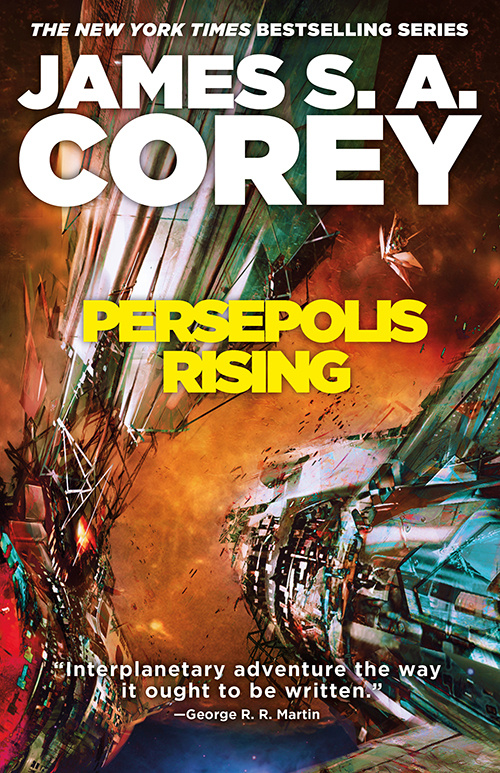 I will freely admit that my expectations for this book were unrealistic, but I can’t help feeling disappointed. There wasn’t really anything new. All the same bad guys are still around. Lots of things went unresolved, like where is Phillip? How old must Avasarala be now? Bobbie Draper who is now an old lady, was just out of her teens calling Avasarala a grandma in previous books.

I still recommend reading this incredible series, but I was hoping for more from this latest installment.

It reminds me of the way the last Harry Potter movie was split into two parts, and how incomplete and underwhelming the first half seemed.  I came to the end of this story asking myself where the rest of it was.