Written thirty years after the previous book, Foundation’s Edge is a worthy successor to the trilogy which holds the Best Series of All Time award. 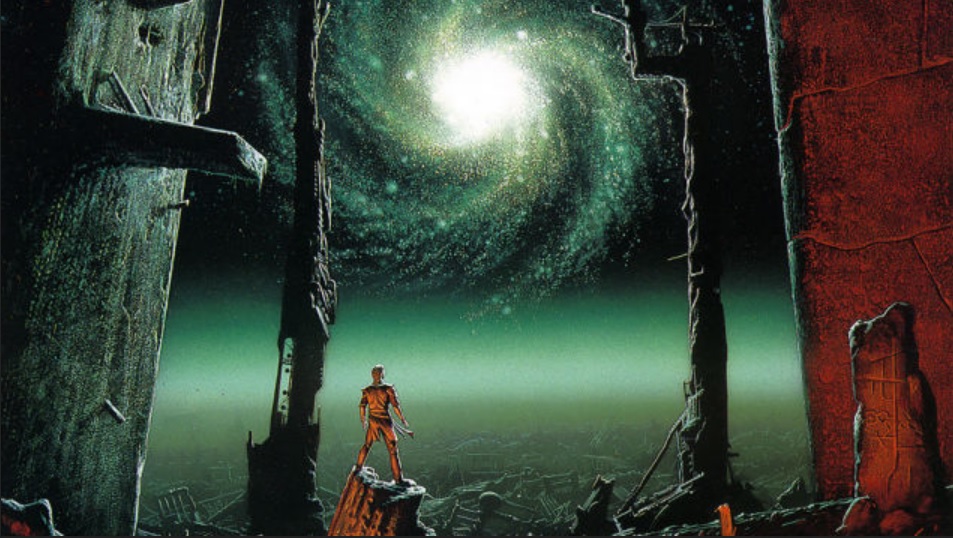 Foundation’s Edge comes at a time when the author was able to get a better perspective on the future of information technology which was only just starting to condense in the early eighties. This new book adds more realistic future-tech to an already amazing story. His inclusion of direct mind-interface computing and direct-gravitic propulsion are things which are still on the horizon, forty years later.

I especially liked his description of the feeling of terror which overcomes a user when they disconnect their mind from the computer. They suddenly lose touch with the vastly expanded perception of a starship and its wealth of information. This was a masterful element early on in the story. This is already something we see today when a person is tragically — if momentarily — pried away from their smartphone. They seem to suddenly devolve into a feral australopithecine in desperate search for the life-giving charger cord which will end their torment. I can only imagine the effect if our connection to smartphones imparted all the things Cavil opined for in Battlestar Galactica;

I don’t want to be human. I want to see gamma rays, I want to hear X-rays, and I want to smell dark matter. Do you see the absurdity of what I am? I can’t even express these things properly, because I have to—I have to conceptualize complex ideas in this stupid, limiting spoken language, but I know I want to reach out with something other than these prehensile paws, and feel the solar wind of a supernova flowing over me. I’m a machine, and I can know much more.

It’s also worth noting that this story connects to not only Asimov’s Robots series, but also his Eternity series. This was a really great book which I will recommend time and again. I can’t wait to finish the rest of this series and the two others I mentioned. Then I can reread them all and finally connect all the dots!