There were a few really cool ideas for shelters and infrastructure in the new season of The Expanse that I wanted to talk about. All are variants of popular, existing styles of shelters in common use at Burning Man and elsewhere. All of these images are from episode 2, 3 or 4 of season four of The Expanse.

Also check out my post about interesting structures from the Foundation TV Show.

I was very interested in these geodesic domes which expand out of a container. The container then becomes the door, and contains various electronics, lights, and other accessories for use inside the dwelling. This is a very compelling Burning Man shelter design.

Not shown in The Expanse, but I would also add wheels to this so that one person could easily move it. Maybe the wheels could be on the top or the side so it stays in place once you set it up?

The 3v dome members strike me as unnecessarily complex. I would make them large enough to stretch almost across the container when packed. This would also drastically simplify construction. Something like a 1v icosahedron would be so much less structurally complex while also meaning all the members are the same length. Using identical members is so much easier than keeping track of which member goes where. Even something like an octohedron or just a cube would still look cool while providing excellent protection from any normal conditions. It would be really cool to see a lot of different geometric shapes set up together as shelters. 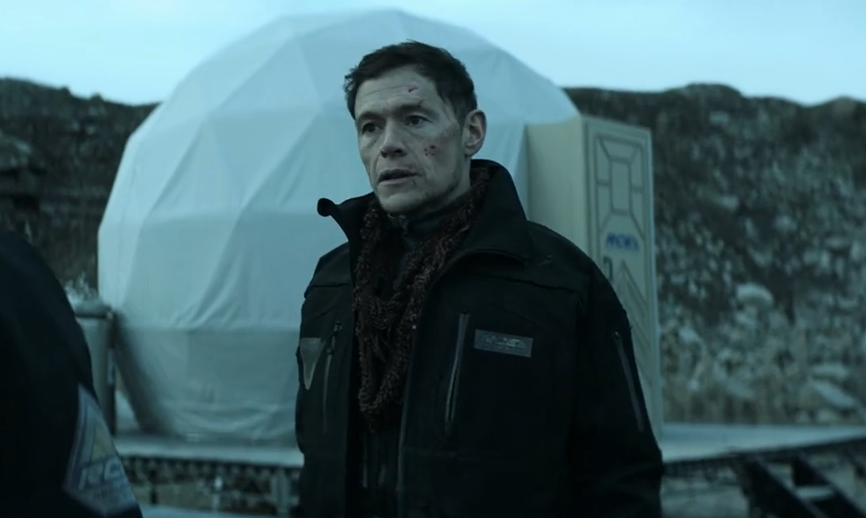 Of course in extreme environments, simple fabric covered domes may not be warm/cool enough. One technique I’ve seen is adding spray-on foam insulation inside, or adding spray-on concrete outside.

Check out my post on building microgrids for specifics on how to do power for a small unit like this. There is a lot of potential with this packable dome design for integrating solar and other great tech. I would also use a different material for the dome covering… maybe something like mylar or iridescent plastic glued to canvas or blackout fabric.

HMM I sense a new project coming on. 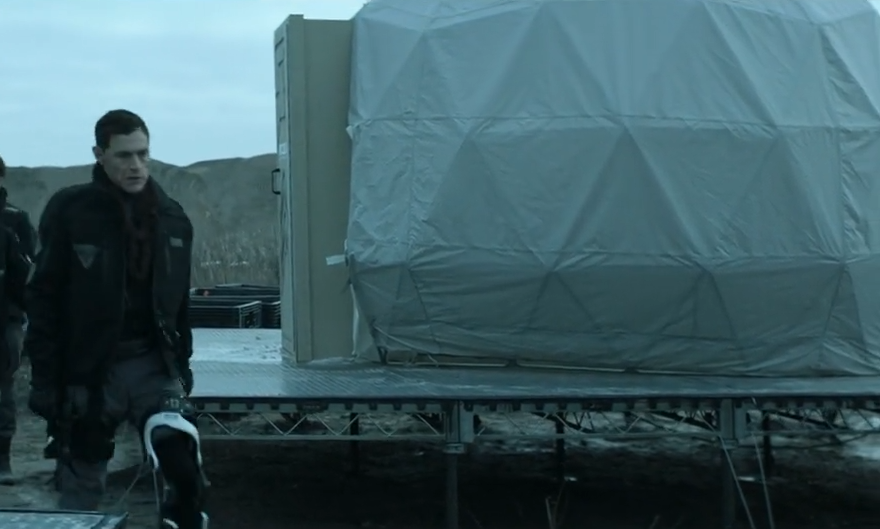 You can see the structure is placed on an elevated platform. This strikes me as unnecessary unless you’re in a wet climate or a location with pests. At Burning Man, neither of these things is present, so I think it would be fine to skip that step and place the structure on the ground, or incorporate a tarp/waterproof floor which attaches to the covering material.

The second shelter design is a kind of hexayurt. It’s technically an octoyurt as it has eight sides, but it uses the same type of material and structure as a hexayurt. I especially like the geodesics at the top. These seem much simpler to assemble than the popular hexayurt roofs which require half a dozen people working together in order to put them up.

I also really like the windows on the side panels. Something like this would be super cool to use as a little dome window. Very meta while also being very functional. 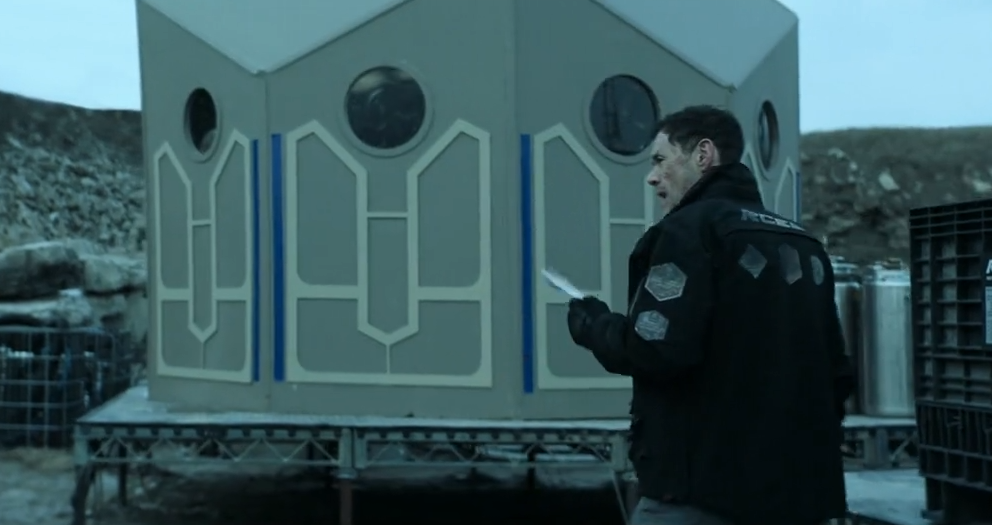 The third shelter design is a combination of the first two ideas; an octagon which extends in a line out of a container.

The front door is part of a container just like the domes above. The structure seems to extend out from the container, using fabric around a gantry to provide a large internal space. This leaves lots of room for equipment and infrastructure like power, batteries, lights, etc in the permanent front section.

This structure also incorporates the elevated platform into the gantry. Again, this seems unnecessary at Burning Man, but potentially helpful in wet or animal-prone environments.

This seems like a very inefficient use of space compared to the geodesics. These octagons are very large when packed, and don’t get much bigger when unpacked. In contrast, the geodesics pack much smaller and offer more inside space when unpacked.

Then again, setting up geodesics is complicated and takes a lot of work. These would just pop up and be done. There seem to be pros and cons to each design.

Water pressure is complicated. At Comfort & Joy, we use a 1kw pump attached to a rented IBC tote which is on the ground. If there is no power, then there is no water. In our case, running water goes to three locations; the showers, the kitchen, and the water team. This could be dangerous if there are any issues with our power grid. We address that danger with the water team I mentioned. Their job is to constantly fill and place dozens of small 5g totes in locations around the camp. This means that even if the power and water infrastructure goes down, there is still lots of water available throughout the camp until the infrastructure is back up.

In The Expanse, there are lots of shots of IBC totes being placed on the roofs of shelters. This eliminates the need for a pump, and eliminates the risk of losing water if you lose power. This seems like an obvious solution to this problem which eliminates a lot of the complexity. It would mean that the water needs to be pumped up into the tote and then pumped out at strike, but the water rental people already do that, so this seems like a really good solution. 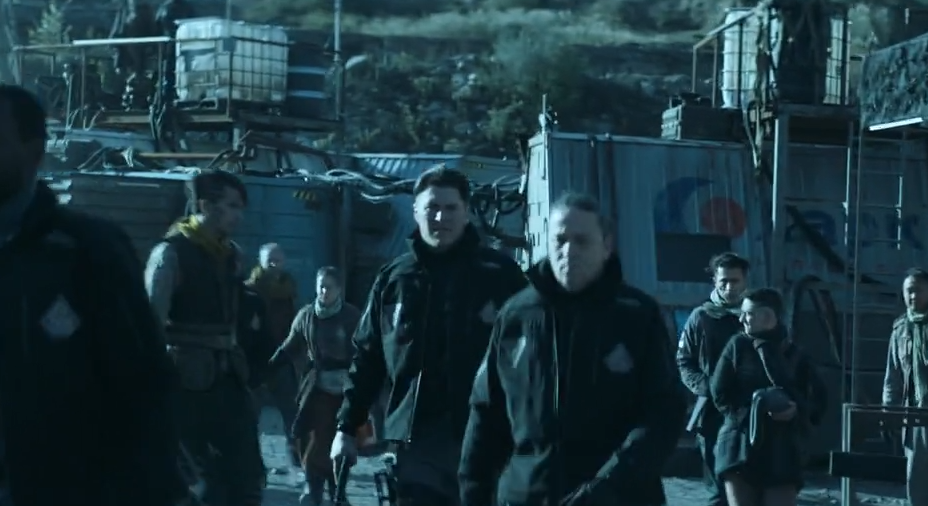