A microgrid is a relatively small power grid which takes electricity from a source, stores it for use, and distributes it to devices. This can range from the size of a town to a neighborhood to a single home. The principles are the same.

Based on this definition, chances are you already have one or more microgrids in your life. In a way, your car is like a microgrid. It generates power, stores it, and then distributes it to devices like cell phones which plug into it. RVs and tiny homes area also good examples of microgrids.

Step One: Sizing Your Grid

The first step is to determine how much power your grid needs to deliver. A single home will typically draw an average of approximately 1,000 watts. But then again. An air conditioner can easily draw at least that much. If you’re not sure how much power you need, check out this helpful article on estimating power requirements before you continue.

The most important thing to consider is how much power you need. The math gets a little complex, but a good rule of thumb is that you should never plan to use more than half of your capacity. If you calculate that you need 1,000 watts, then you need your grid to be capable of producing at least double to triple that amount. There are two big factors at play here. Power ratings are typically given in terms of the root mean square of the actual draw. This is a sort of logarithmic average which means the actual requirements can jump momentarily well outside the official number.

The other related issue is inductive loads. Things like fans, air conditioners, refrigerators, and stereo equipment will often draw 300-400% of their rated wattage while they are spinning their moving parts up to speed. That 100 watt mini fridge will likely draw 300-400 watts just for a moment while it’s starting up. The effect of this is that when you first flip the switch and turn your grid on, it can experience much higher demand than you may have estimated. If this amount is too high, the breakers will simply trip  and the grid will shut back off. Any momentary interruption in power can lead to everything on your grid drawing very high current when the power is restored, multiplying your troubles. So make sure to plan for more capacity than you think you will need.

The classic example of a nonrenewable power source for a microgrid is the generator. Getting a generator is typically a good place to start, as renewable sources can often face periods where little to no power will be generated. In those moments, a generator can help fill the power gap. 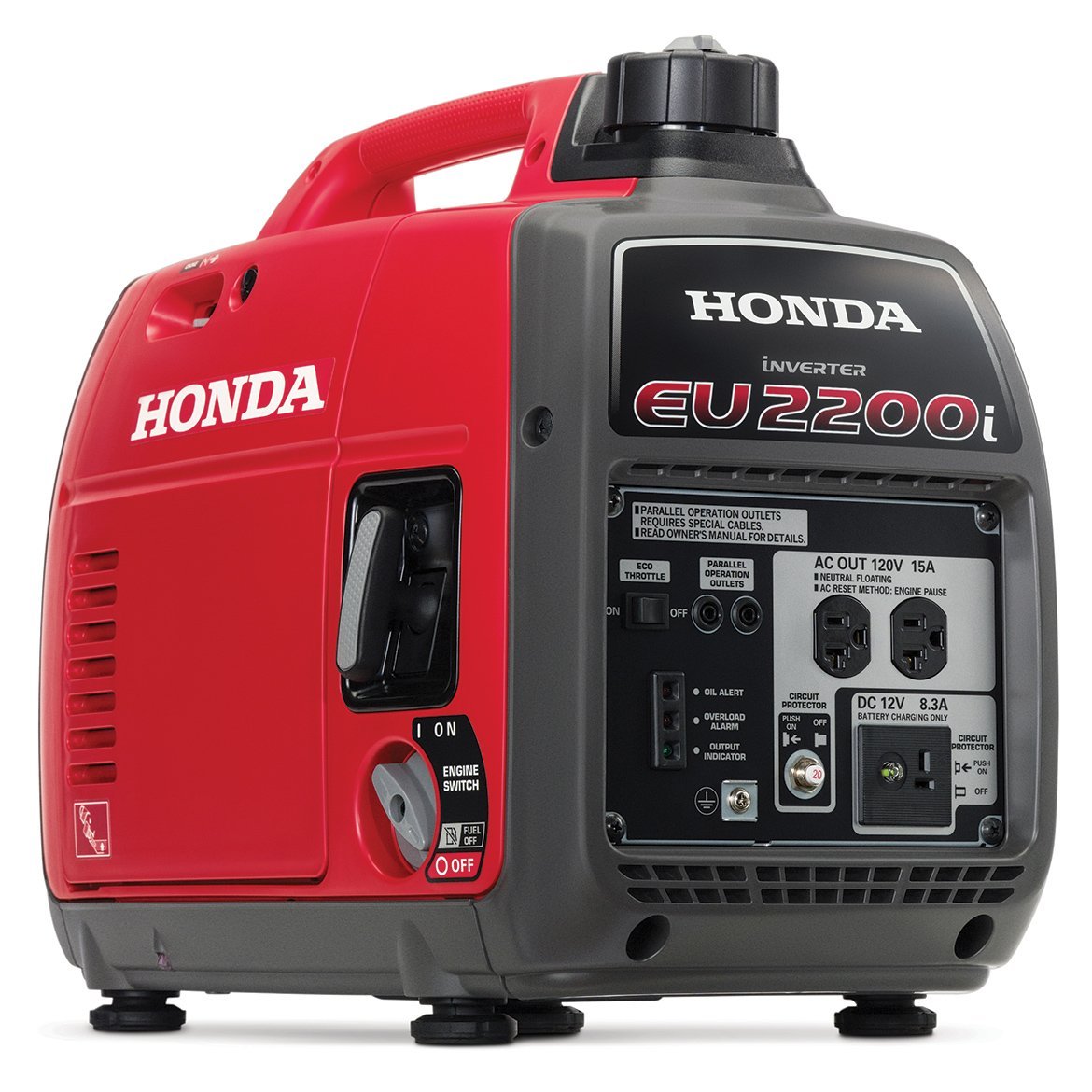 Probably the most popular generator in the microgrid community is the Honda eu2200i. This generator is very quiet and very reliable. It can put out 2200 watts as the name suggests. They can also be daisy chained to add more power, though 2200 watts is more than enough power for most homes or RVs, and likely enough for a small community of campers at an event like Burning Man. 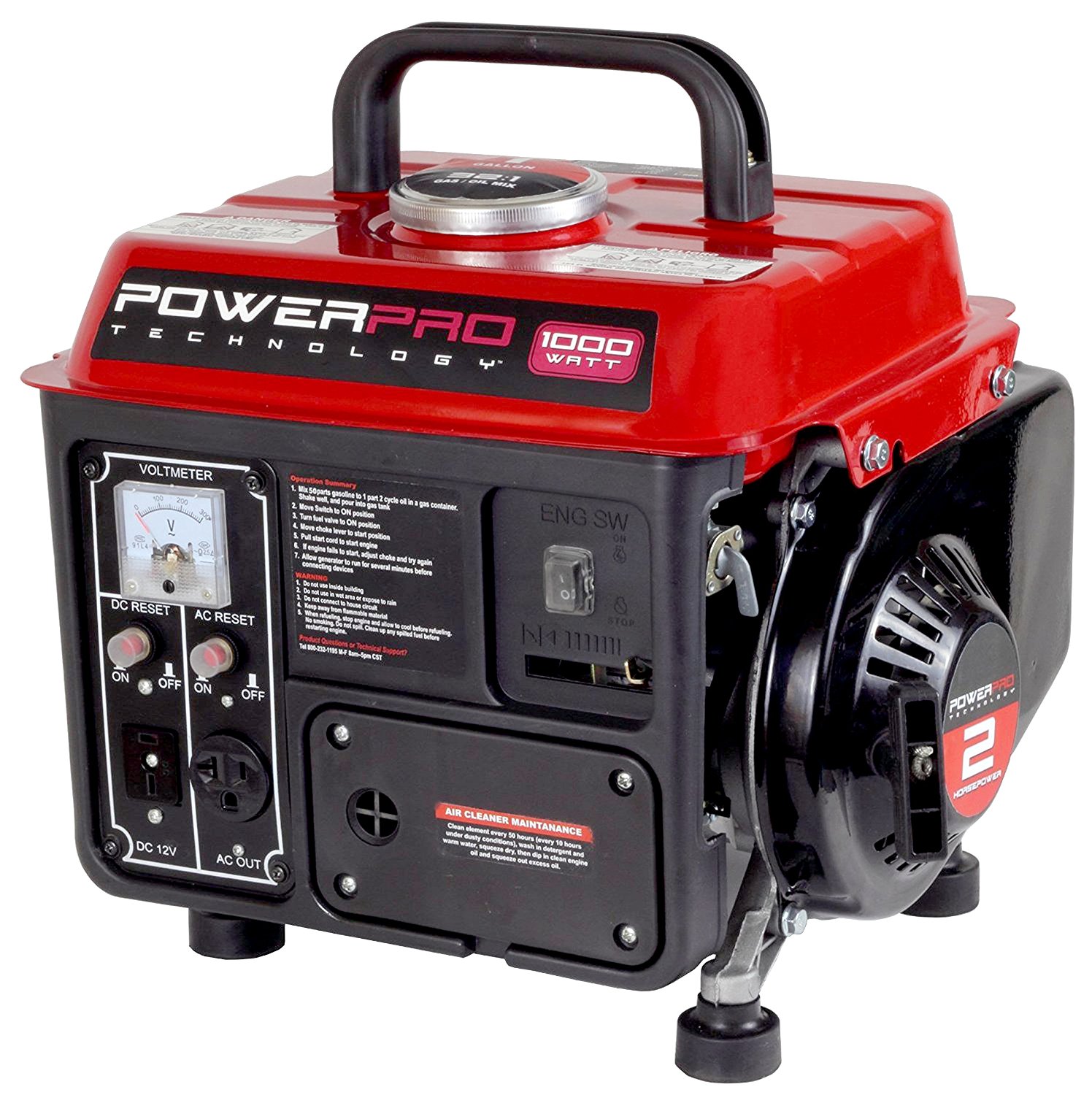 This little guy is very popular as a white-label product. Many stores like Harbor Freight and Home Depot will sell these under different brand names. It puts out 1,000 watts. I found one of these for just $50 with a two year warranty and I’ve gotten years of use out of it. I primarily use this to power my DJ gear when I do parade floats or off-grid events. This would be perfect for many smaller microgrids such as a single RV/camper at an event like Burning Man. In a pinch, it could easily serve as a perfect emergency backup option for a medium sized set up.

The cheapest and most popular example of a renewable source of electricity today is solar photovoltaic or “solar panels.” Before the current trade war, and presumably afterwards, solar power prices were about $1/watt. This is much cheaper than the cost of a generator, considering ongoing fuel prices. Today, you can typically buy solar panels for about $1.50/watt. (Thanks, Mr President for inexpertly jacking up prices for no reason!) But this price will likely go back down once more competent leadership is in place in Washington. Even with this current price jump, solar is still the cheapest source of electricity today, though sunlight can not always be counted on. 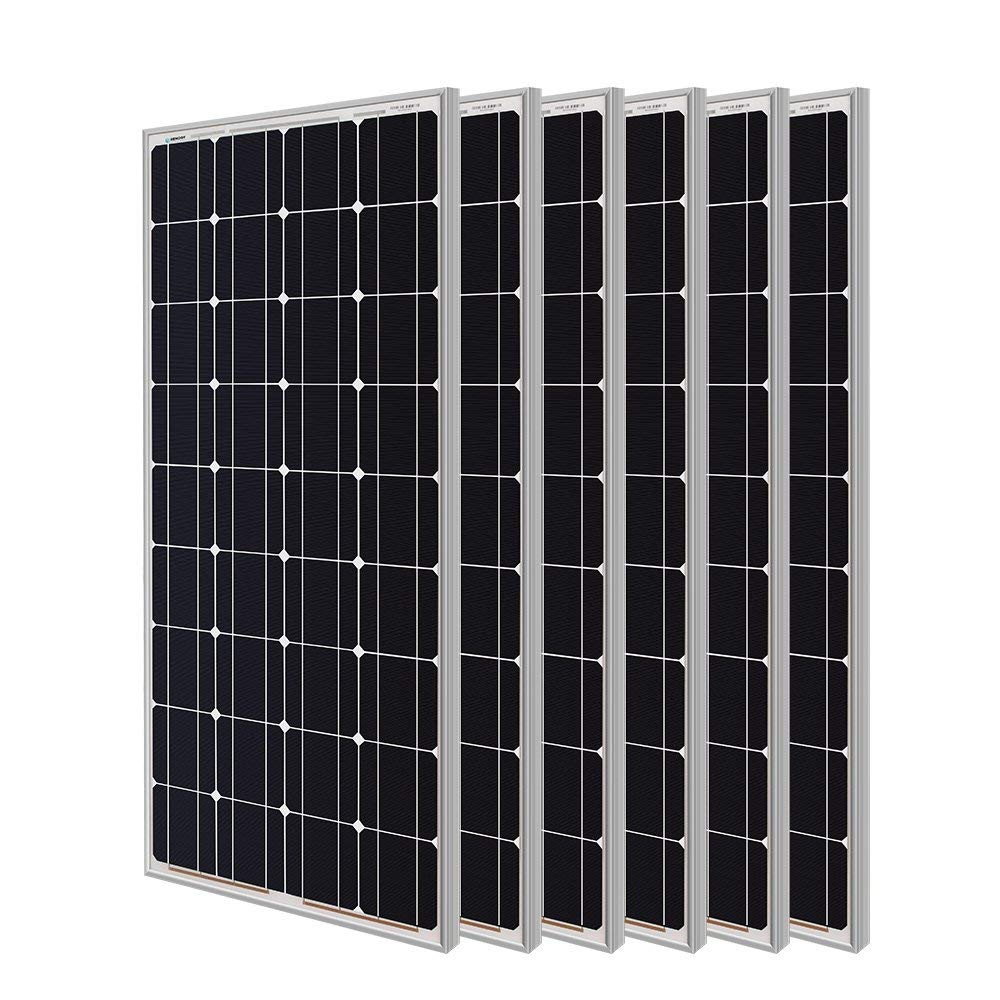 Here is an example of the type of deal that can be found today on solar panels. Amazon is selling these 100 watt solar panels for about $136 each. This is much cheaper electricity than going the generator route. If you wanted to go 100% solar instead of the 2200 watt generator I linked to above, you would need to spend $2997.44 on panels. This is equivalent to the cost of using that generator for just a few weeks. It’s a no brainer. BUT, you will likely need to make enough power to compensate for dark periods or augment your solar power with a backup generator in case of cloudy days. 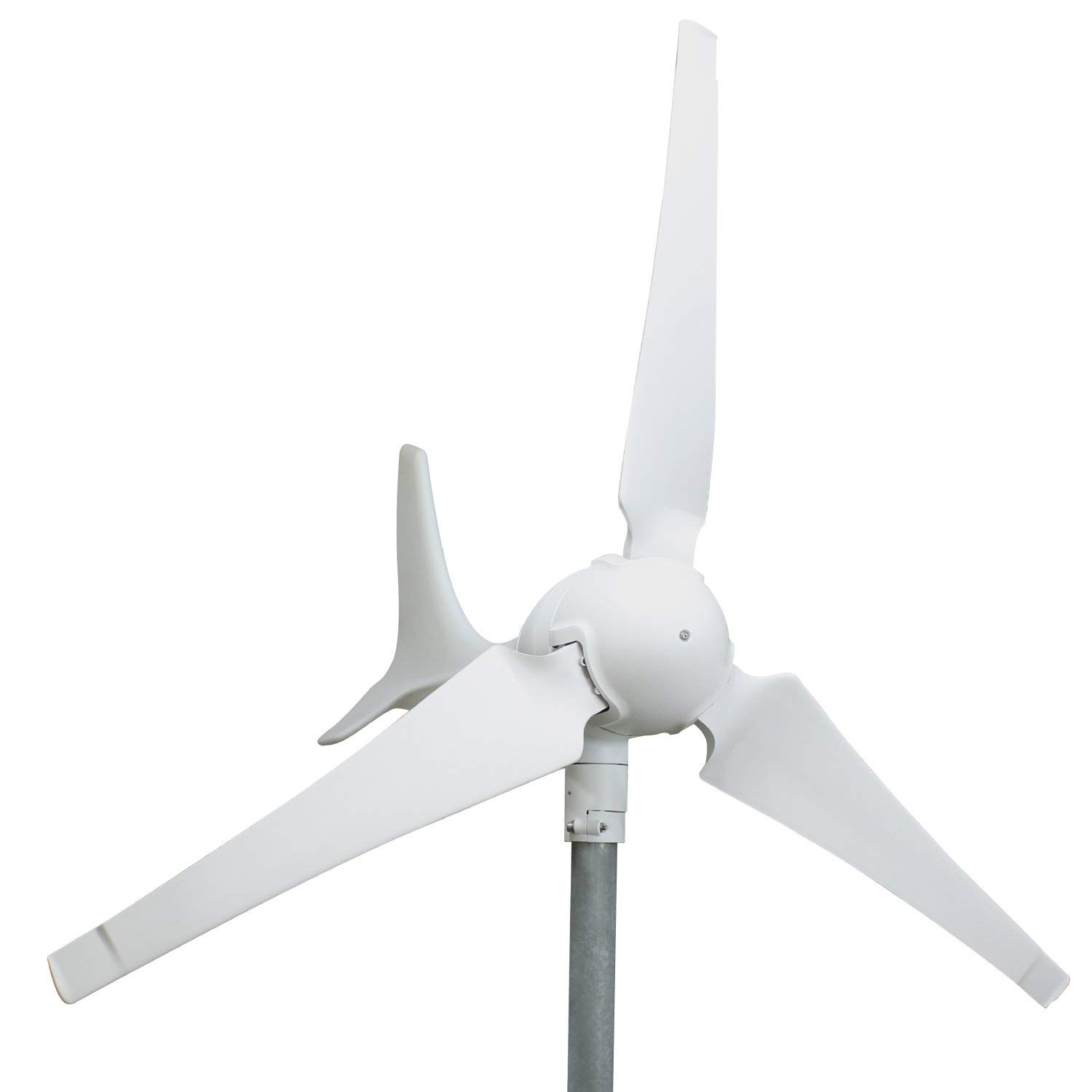 Wind power is another excellent option. Wind gets mixed reviews but my understanding is that it can be very reliable and very long-lasting. For approximately the same price as solar, you can get the same amount of power. Each of these turbines produce 1200 watts. A pair of them produces more power than the popular generators linked to above.

There are two main approaches to the topic of power storage in the context of microgrids; lead-acid and lithium.

Lead acid batteries often seem like a simpler solution. Simply hook them together and hook up a charger and inverter and you’ve got 120 volts! The problem is that in practice, these batteries can take days to recharge and you can only safely use up to half of their capacity (assuming they are deep cycle and not standard lead acid) before they start to take damage and fail. In the best case scenario, these batteries will only get a few hundred charge cycles before they fail. My advice is not to use lead acid batteries.

Lithium batteries charge very quickly and hold lots of power. These are the batteries in your cell phone and laptop. There are tons of great, simple products which solve the power storage problem using lithium batteries. On the small scale, there are USB battery packs. On the larger scale there are Yetis and the many cheap duplicates available online. These will all recharge from many sources and provide power as needed. This is the best way to store power in a microgrid in my opinion. 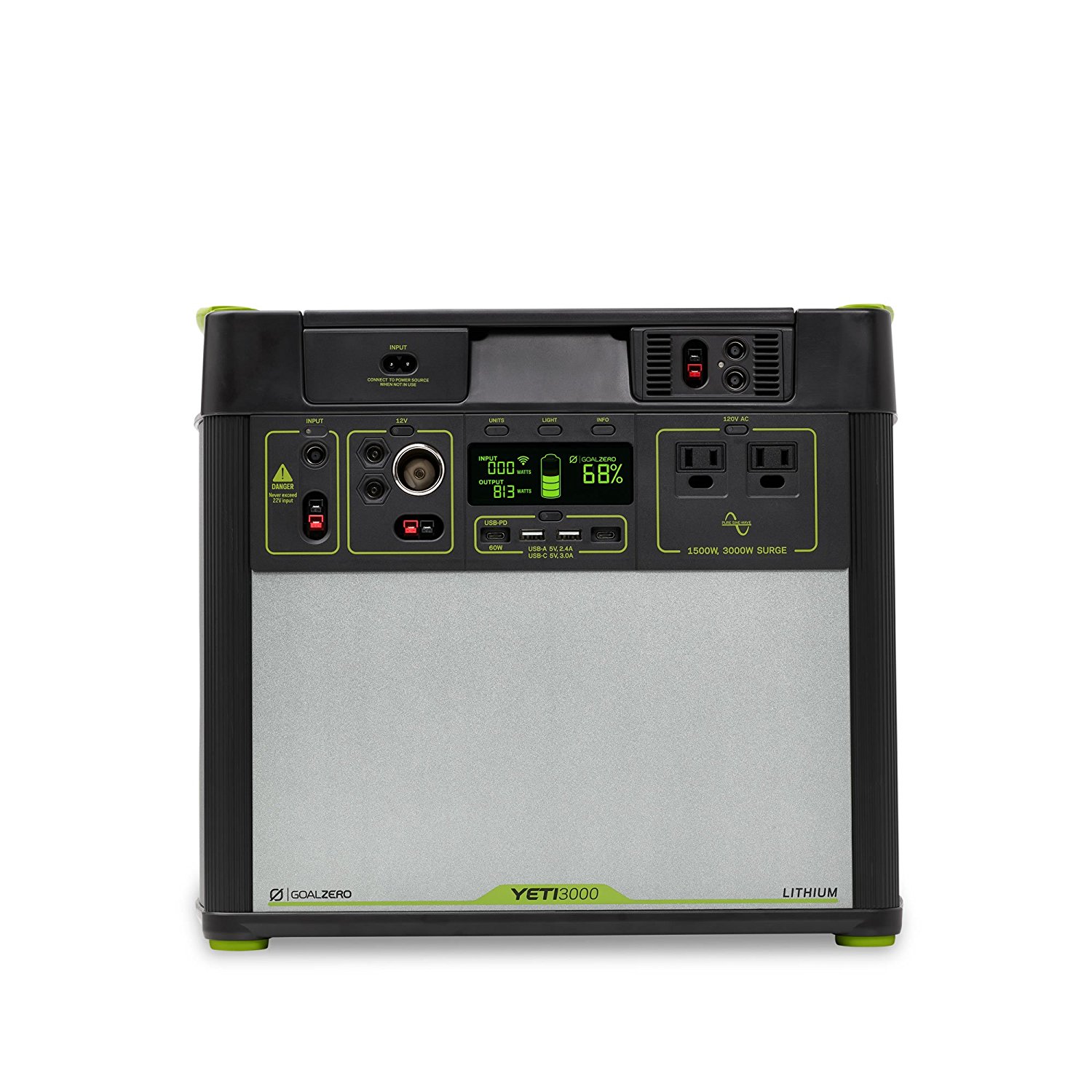 The Yeti GoalZero 3000 Lithium is a perfect example. This simple box will recharge from solar panels, generators, a standard plug-in, a car, anything. And it stores 3,000 watts for your microgrid. Then you can plug your devices, RV, or even your house into it. These boxes also come in smaller wattages, all the way down to 400 watts which is what I use for my personal microgrid at burning man.

There are many cheap duplicate products for the Yeto GoalZero line of lithium batteries. This is the one I use. It stores 370 watts which it can accept from solar panels, generators, a car, a plug-in, anything. Then it provides that power through USB and a 120 volt outlet. This is an excellent option for a small camping set up or essentially anyone who isn’t trying to refrigerate anything. In my case, this battery pack allows me to charge my phone over a hundred times, inflate my mattress, and run lights in my tent as well as christmas lights around my tent while camping for over a week at burning man.

If you visit the amazon page for this battery pack, you will see there are hundreds of very similar products, all of which will cheaply solve the storage problem using lithium batteries which recharge quickly and provide lots of power when you need it.

I’m going to a music festival and I just need to recharge my phone and laptop a couple times during the trip.

Easy! Get a USB solar panel and a USB battery pack. This will provide you with more than enough electricity for your needs! I have linked to the ones I have. You could probably go with smaller options than these suggestions depending on your needs.

I have a yurt (or a shiftpod) and simply want to run an air conditioner for a while to cool it down at night, while also recharging my phone and laptop. I’m tired of running it off of a generator. It takes too much gas and its not sustainable!

This is a perfect job for a Yeti GoalZero 1000. This battery pack will allow the generator to start up and run for about an hour on a single charge. This should be plenty of time to cool down a space this size depending on the materials the shelter is made of. Alternatively, the Yeti GoalZero 3000 will run the air conditioner for almost four hours on a single charge.

You can use solar to recharge your battery pack during the day. Nine solar panels will do the trick. Assuming you use the ones I recommended, you can connect them to the Yeti in sets of three, using these adapters.

I need to provide power to a medium-sized community of 150 people at burning man. Each person is limited to ten watts of usage. (They can only use LED lights or charge small devices.) We have a generator which we usually use, but we want to use some solar to take a bite out of our fuel costs.

Solar is the way to go! 150 people limited to ten watts each is just 1500 watts. I would pick up a Yeti GoalZero 1000 for $1300 (or under $1,000 at Costco). This can put out 1500 continuous watts, and double that during surges. This should more than meet your needs, but you could go with a larger battery like a Yeti GoalZero 3000 if you want to be extra comfortable. The larger one has the added benefit of wifi monitoring, so you can monitor power consumption and watts available from the comfort of your tent.

To charge this lithium battery pack, you can use 9 100w solar panels at $136 each for a total cost of $1224.  This is likely plenty of power to refill the battery, but you will still have your generator to fill any gap due to darkness or over-use. If you wanted to increase the amount of power your community can use, simply build two or three of these solar microgrids.

You can plug your existing distribution system into this battery pack and you’ll be up and running.

This would have a total cost of about $2,224 and eliminate most future fuel costs. If you end up needing to use the generator to meet demand, simply add a few more panels next time. This estimate does not include hardware related to mounting the panels and connections between the panels and the Yeti.

This solution likely breaks even in the first year.