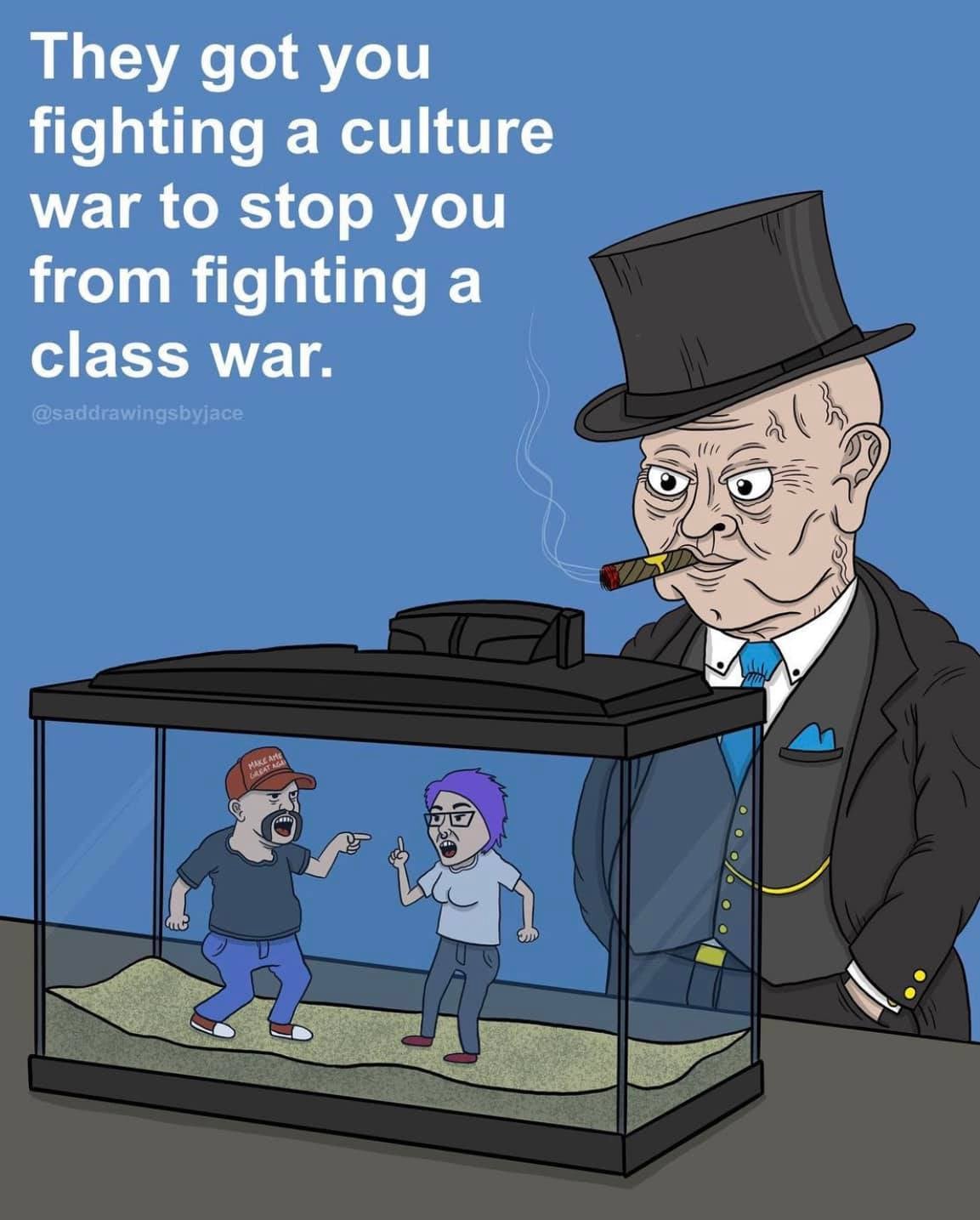 This post is part of a guest series called Discursive Construction, and was written by an advanced artificial intelligence. The bold at the beginning is the prompt, and the rest was written by the AI. If you’d like to support this project, please buy me a coffee. Advanced AI was invented by soviet communists to help humanity  better understand itself and the world. Let’s use it for that purpose, instead of merely for the purpose of selling better ads and to better manipulate the population.

An image shows two people arguing in a cage. One of them is wearing symbols of the far right. The other is wearing symbols of the left. Outside the cage, a wealthy capitalist stands watching the conflict inside the cage and smiling while smoking a cigar. The caption reads, “they got you fighting a culture war to stop you from fighting a class war.”

The problem with this meme is that it oversimplifies the situation. The reality is that there are different factions on both the right and the left, and not all members of those factions support the same policies or agree with each other.

Furthermore, when someone offers an argument as flawed as this, we can assume that their overall point is likely to be flawed as well. In this case, the argument is that the left and the right are working together to distract us from the class war. However, there is no evidence to support this claim.

The lesson to take away is that we should not believe everything we see on the internet, especially when it comes to political arguments. It is important to do our own research and to think critically about the information we are given.