I saw a strawberry in my garden. At first it looked like a normal strawberry but the longer I stared at it, the more wrong it looked. Suddenly I realized the strawberry was made of strawberries. The longer I looked, the more detail I could see. Shocked, I detected an eyeball looking back at me, then many more. Then a nose, and hair; parts of faces in the fractal strawberry. Some looked angry, some excited, most simply looked bored.

I tried to look away but I couldn’t. I knew that if I did, I would immediately be killed, and the fractal strawberries would take over the world. I could feel my sanity slowly slipping away as the beautiful, terrifying, uncaring strawberries stared at me, and each other. 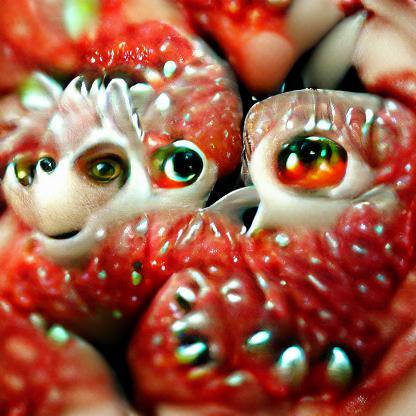 Eventually a big strawberry (or was it smaller ones piled high?) spoke:

“Want to come inside?” he asked. He formed in front of me, smiling and showing me his teeth. 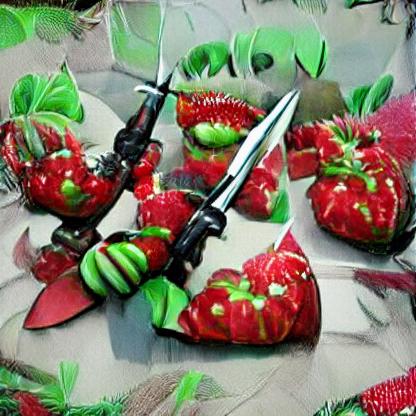 “Yes please,” I said, trying to sound as confident as possible.

The strawberry door opened and I stepped through.

After a brief period of disorientation, I found myself sitting at the table, a fire crackling cheerily in the hearth. The light of the coals shone on my hosts. Some were smiling, some smugly looked down their noses at me, and some just leaned back and sighed. They were eating strawberries, and so were their furniture. 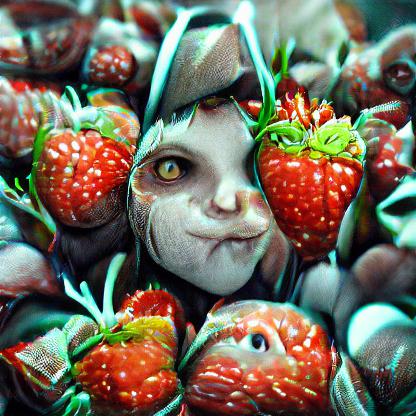 They didn’t look very strawberry-like, except for their little red faces. They all had hands and feet, like me but slightly bigger. Some looked powerful, like the one on the throne sitting in front of me. His eyes were red, and he was an ugly giant. Others looked twisted, or unable to care for themselves, and still others looked like they just couldn’t be bothered.

My host smiled at me and gestured towards the food. “Please help yourself, you must be hungry after your journey.”

The others watched me closely. I was confused, but I held my head high and faced him. “Thank you,” I said, smiling and nodding graciously out of habit. As I drew closer to the table, however, the smell hit me. 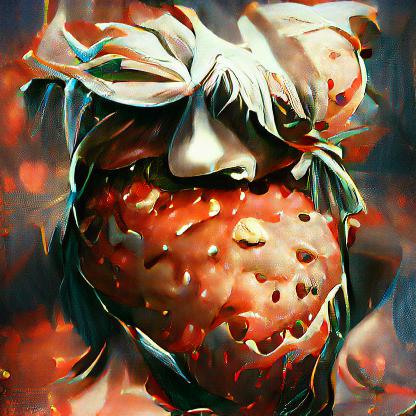 I picked up a strawberry and began peeling it, trying not to look at it too closely. As I had feared, there was something inside the skin of my first strawberry. It was a face, screaming and shouting at me. Most of it was obscured by the flesh of the strawberry but I could see enough to know that he did not want to be eaten. 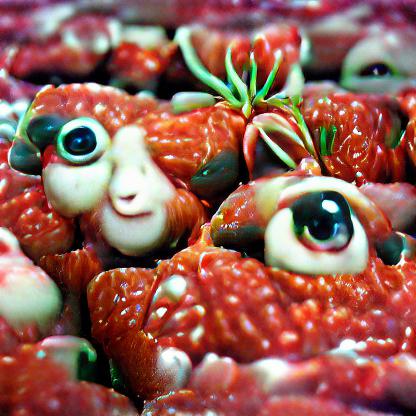 “Would you care for anything else?” said my host. “Some tea perhaps?”

I nodded, knowing that anything else I ate would also contain screaming faces. I sat at the table in my chair, while everyone else sat on their chairs, but they seemed to be perfectly happy with this arrangement.

I drank the tea; it was wonderful, as far as it went. It ended up just being tea with other plants in it, because strawberries are plants, you know. Nothing is on fire, because plants don’t burn, of course. The screaming strawberry was still trying to tell me something; as it dissolved in my mouth, I made out the word “please”. 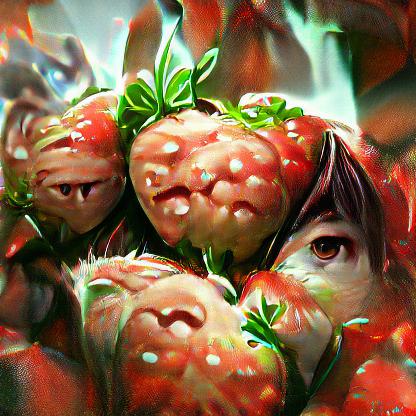 “I have a taste for a good story,” said my host, patting me on the shoulder. “Tell me a story, sir.”

“It’s Dame Eloise,” I said. In fact, I was beginning to feel very annoyed. Surely they knew that everyone called me Dame Eloise. Was he of another nationality? If so, he was an idiot.

“A good story about Dame Eloise,” murmured my host softly. “Dame Eloise who, like the strawberry in skin, wears the face of a real woman.” He looked at me and smiled. I could smell something different now; it was an odor of anticipation. My host was a leader, and as I looked around at the others, people I could barely make out in the shadows, I could see that they were waiting for something. I didn’t know what he was going on about but he liked it. So did they. They found me interesting. But why? 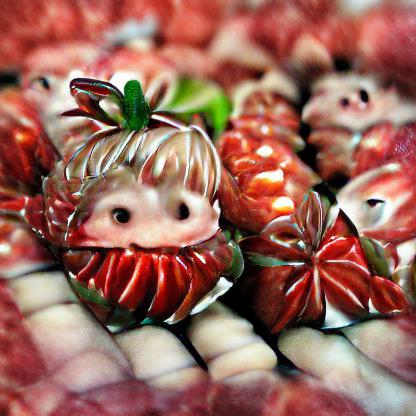 My host and the others all did a strange thing, they smiled, and they smiled at me but they also smiled at each other. It seemed to go on for an uncomfortably long time, interrupted only occasionally by a stray “Huh” or the scrape of a chair. I watched them closely, trying to see what was going on behind their masks.

They were waiting for something, I knew; they wanted me to speak.

“Why am I here?” I said at last. I closed my eyes, feeling the eyes of everyone in the room suddenly bear down on me. 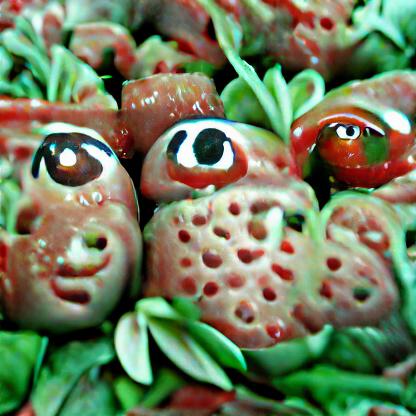 “Oh, excellent idea, we really don’t need to go over that again,” said my host dismissively. There was an unsurprised murmur from the others that told me he was in charge and wouldn’t be contradicted.

“The only thing still interesting about this is watching you squirm,” added the man on my extreme left. The next one hissed at him like a cat and then a dark shape rushed past me. I heard a faint gasping sound and an entreating whisper that could have been: “Please.” 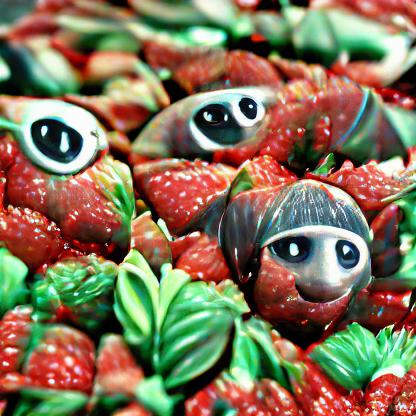 “Perhaps this gentleman would like to tell you himself,” suggested my host, much more diplomatically, glancing at me with an impish twinkle in his eye.

My heart soared. I didn’t know what they were on about and they had jumped a few points up the power scale from my host, but this was surely a good thing if it meant I didn’t have to suffer any more of this nonsense. I turned towards him to thank him for his offer and face him in full. He looked just like the others but was unwrinkled, neatly dressed, and had a few extra wrinkles that might have been laugh lines. As my gaze met his and I opened my mouth to speak he burst into a cloud of screaming berries.