Someone posted on Facebook that gas prices were much better under Trump and so we need to vote Democrats out and then gas prices will be better with Republicans.

I was inspired to conduct the multivariate analysis below after my immediate response was basically, “Policy doesn’t ever impact commodity prices at all.”

Why are gas prices currently at record highs? Well oil prices did spike briefly after the beginning of the Ukraine conflict, but they immediately fell back down to their previous prices. Gas prices, however stayed at the peak as you can see in this graph. 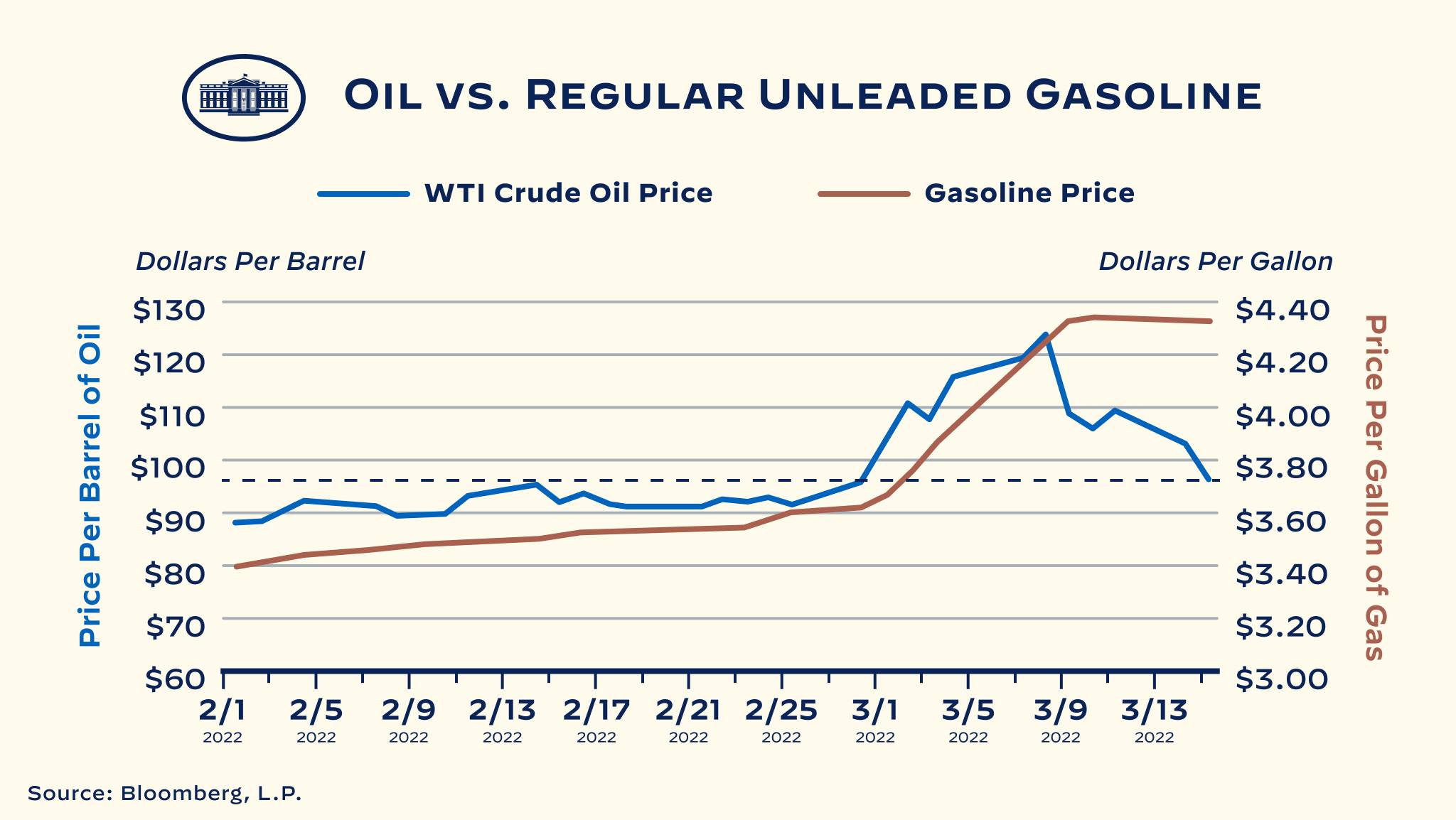 So what’s keeping gas prices high? Nothing more than corporate greed. The oil companies are raking in record profits and so the people get to pay record high gas prices. That’s all there is to it. It has nothing to do with whoever is president.

But just to confirm that, I decided to do an in-depth analysis…

I went to the Department of Energy’s website and pulled all their historical data for monthly average gas prices. I cross-referenced that with who was president at the time and what their political party was.

I found the monthly average percent gas price change for each political party.

Guess what the difference was?

Less than half a percent; not even statistically significant.

The political party of the president has absolutely no impact on gas prices.

The kind of argument this person made is what’s called a post hoc ergo proctor hoc fallacy. The example from wikipedia is the following;

A simple example is “the rooster crows immediately before sunrise; therefore the rooster causes the sun to rise.”

With this kind of political claim, it’s also an example of confirmation bias. Confirmation bias is when whatever random things that happen are taken as evidence to justify ones beliefs, even when there is absolutely no connection between the “evidence” and the belief.

This was a really great example of a really terrible argument, and now we can say it has been thoroughly debunked.

@cjtrowbridgeDoes the political party of the president correlate to any kind of positive or negative difference in gas price increases?

Monthly Gas Price Change By Political Party of the President