Watching documentaries about the Columbian Exposition for an Urban Studies Class reminded me so much of Mark Twain’s The Gilded Age. Twain argued that America was not in a golden age, but rather a gilded age. That the success and growth and wealth were fake and designed to conceal the rotten core of a country that worked very hard to ignore the reality that the majority of the people were actually living in enormous suffering and destitute poverty.

The Columbian Exposition and the White City in particular are a perfect example of this fundamental contradiction in America’s identity. They built a huge range of monuments and neoclassical structures. The video talks about how these buildings and monuments were meant to convey that America was, “the direct intellectual and cultural heir to the best traditions Europe had to offer,” but in reality these buildings were all fake and no trace of them remains today. Even the statues were fake, and smaller replicas of a few are all that now remains of the entire exhibition. This is the perfect capstone to the gilded age and the façade of America’s success and wealth and power and even to the existence of its alleged golden age. 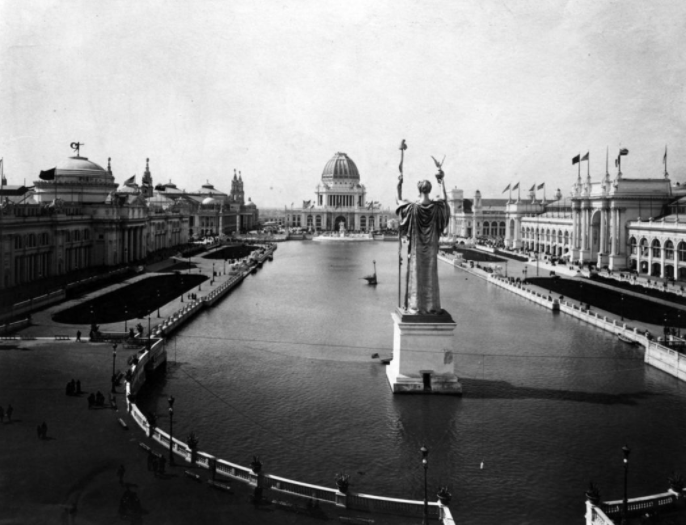 San Francisco mirrors this dissonance perfectly. Despite building a few permanent neoclassical civic structures such as the palace of fine arts and the civic center, tens of thousands of San Franciscans are living on the streets, dying mostly of exposure to the elements. Here we see tiny fenced boxes set up in front of the gilded neoclassical city hall where San Franciscans are expected to live in the shadow of all that peeling gold paint. 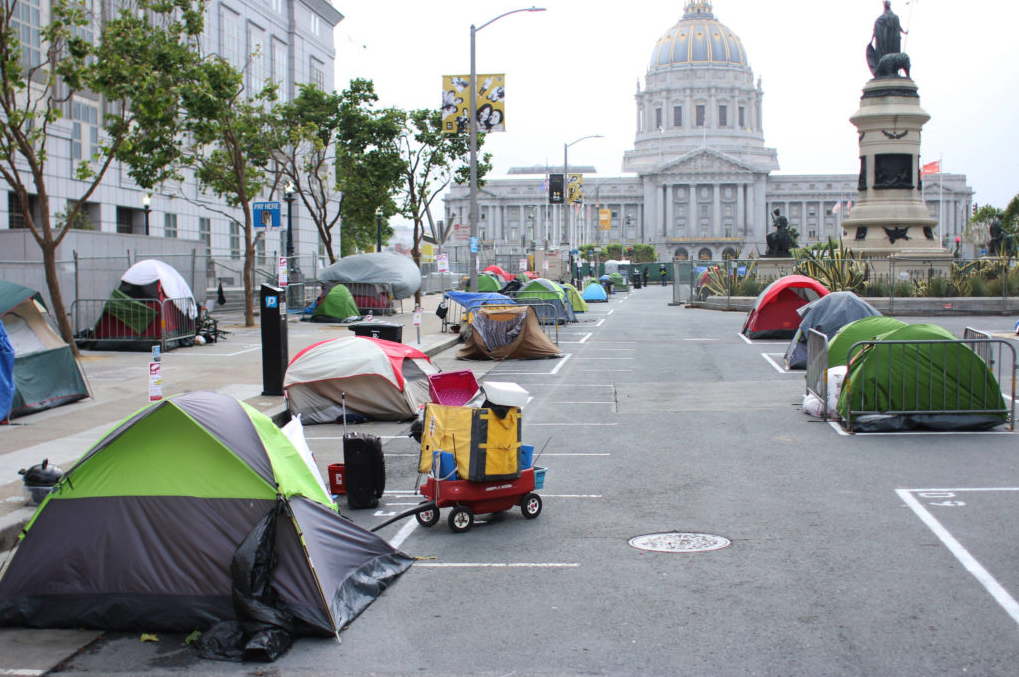 Another favorite example is the Oakland Kaiser Convention Center. This is another gilded neoclassical structure which is boarded up and surrounded by hundreds of Oakland’s abandoned citizens. It’s hard to make it out in this photo, but the side of the building has giant gilded letters which read “Dedicated to the Industrial Progress of the People.” lmfao 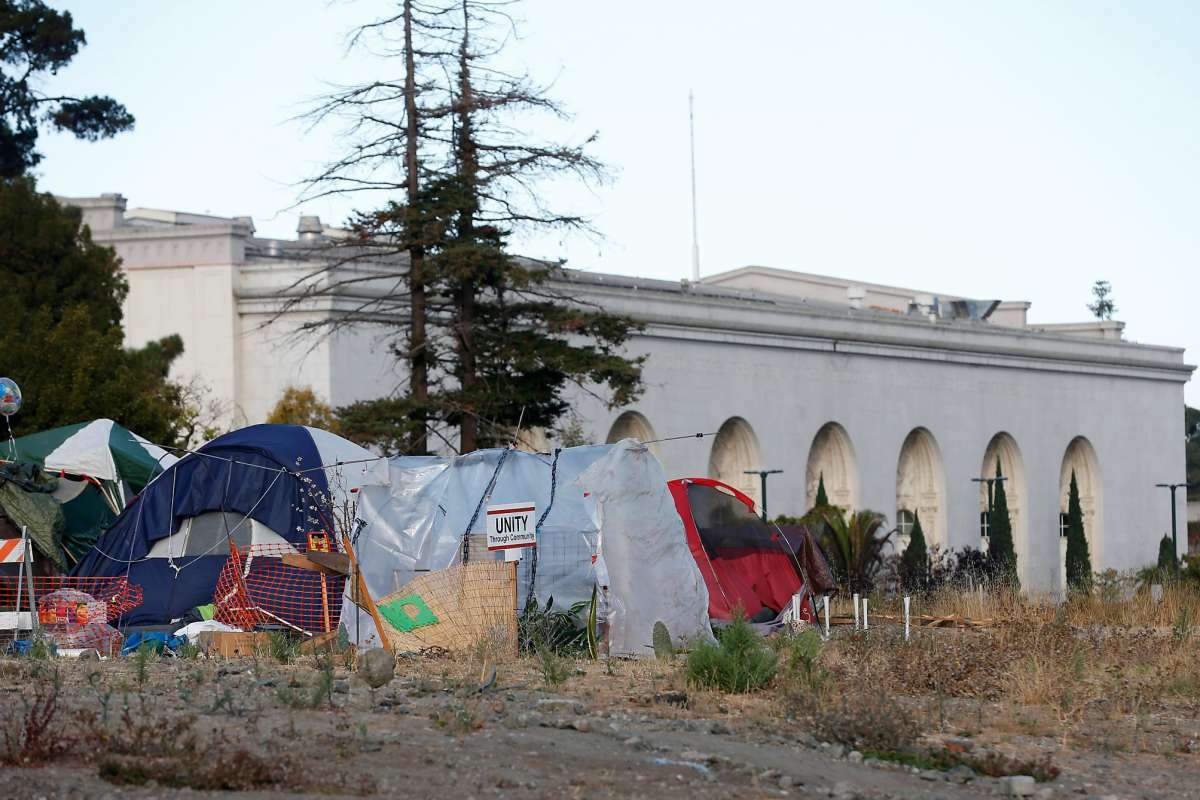