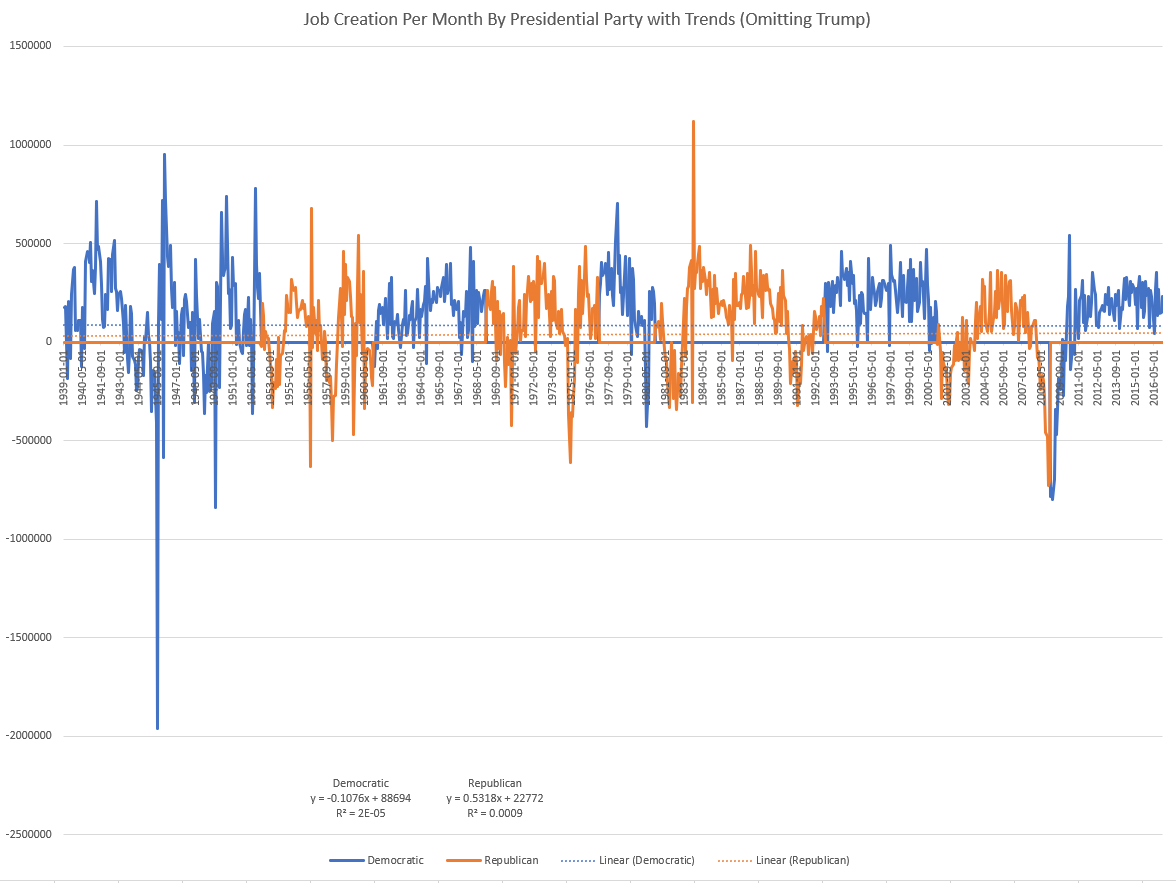 This was an interesting project. I compiled the monthly job creation data from the Fed for every month on record and broken it out by who was president at the time and what party they were in.

Let’s start with what I was expecting to find. I hypothesized a slight Democratic lead with maybe a few percent more versus Republicans.

In the words of Benjamin Franklin, compound interest is the most powerful force known to man.

Here is the raw data visualized by party; 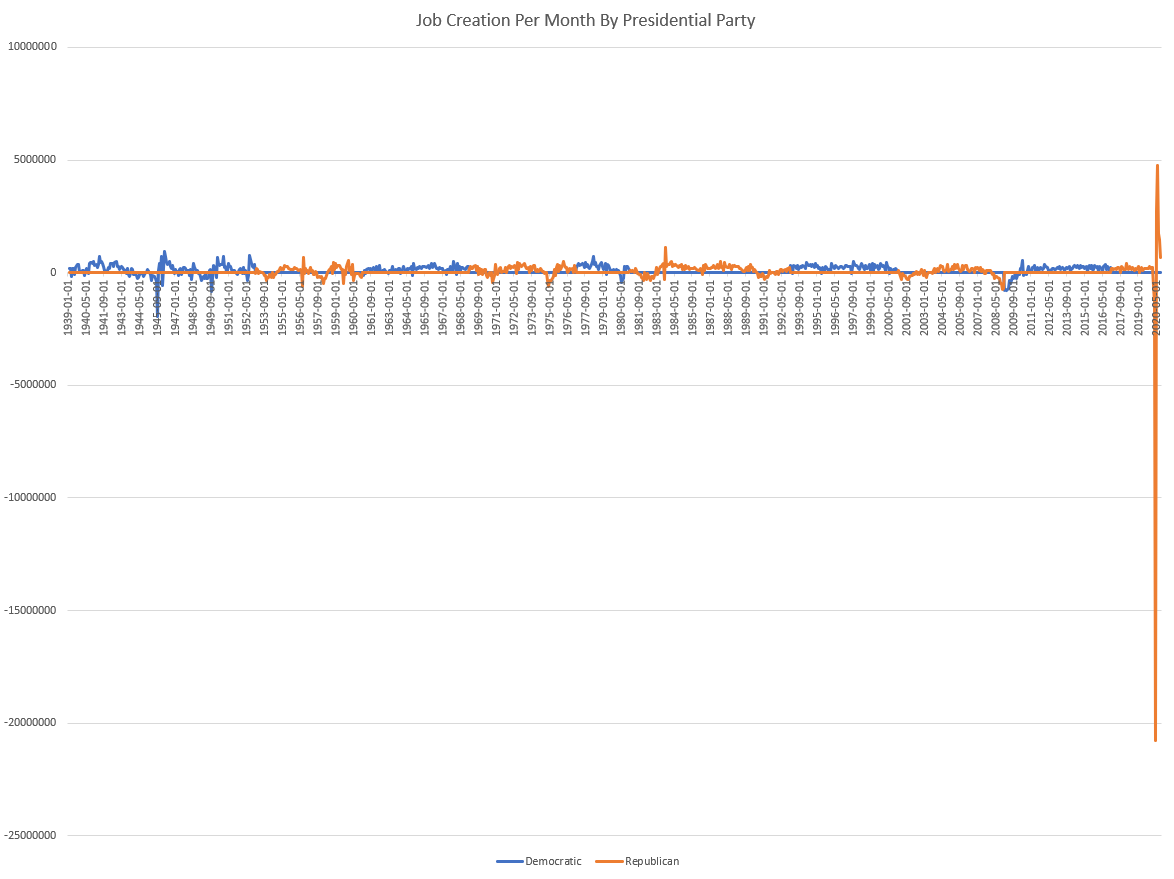 Now I know what you’re thinking, it’s not fair to include the unparalleled scope of Donald Trump’s failure. Well actually, if we leave Trump out of the total, it barely changes. Ignoring Trump, Democrats are still responsible for 69% of all jobs created throughout the last 981 months isnce 1939.

Here is the same graph again, with Trump omitted;

As you can see, even without Trump, the blue lines are generally higher than the red lines. This is confirmed by the dotted trendlines over time, showing a significantly higher trend for the Democrats over the Republicans, even without the outlier of how bad Trump’s presidency was.

Conducting a two-tailed t test for difference of proportions, we find that there is a significant difference between these groups, which seems obvious based on the data. (The value of z is 12.0579. The value of p is < .00001. The result is significant at p < .05.)

The data speaks for itself. I wasn’t expecting to find such a stark difference. I will certainly start citing these results in many essays moving forwards!

You can download the data and calculations here. Please take a look and send me your feedback. I’d love to hear from anyone who can poke holes in the analysis or explain how we have managed to ignore such a significant difference for the last century.