How to describe how this book fits into the story of Thrawn? So this was the first Thrawn book which was published. I became aware of it after I finished the first Thrawn trilogy. So I’m ironically reading it last, but probably it should come first. There is a special sadness knowing this is the end until more books are published, but it’s a consonant note to end on. 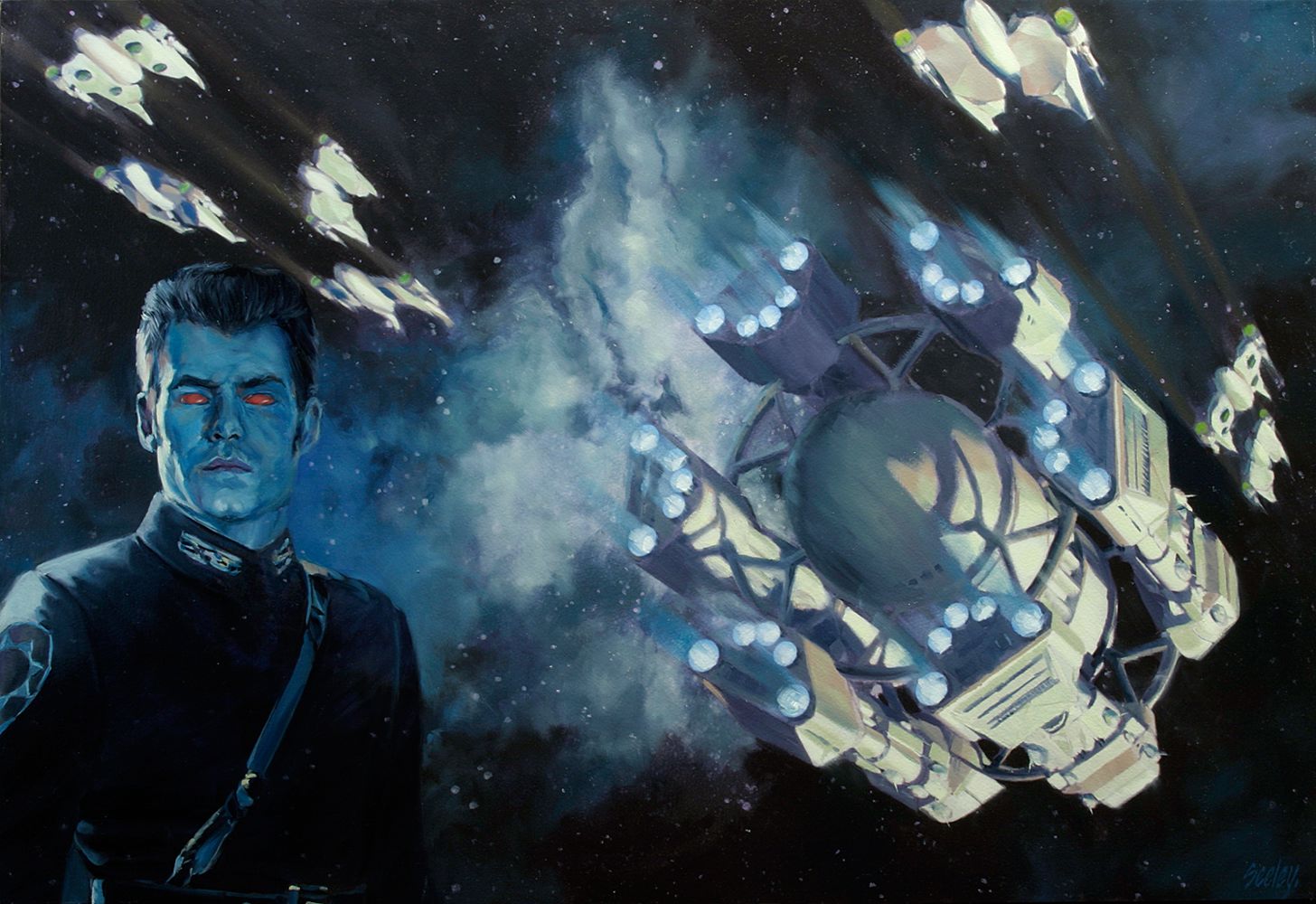 In terms of the story, this book takes place after book nine and before book six. It’s all out of order and that’s part of the magic. I don’t think there is any correct order to read these books in. Honestly you could shuffle them all into any order and they would be great.

The whole story is super interconnected and tangled and not linear in any normal way.

This story ties a lot of loose threads together and fills in a few blanks between many of the storylines and characters from the other books. Particularly C’baoth, Ar’alani, Doriana, and Cardas.

I really don’t know what to make of Ar’alani’s role in this story particularly given Thrass’ role. It low-key seems like Thrawn and Ar’alani are playing Thrass against the syndicure but also it high-key seems like maybe that was not thought out at this point so it will probably be retconned later or something.

I also found it interesting to see the emphasis on Cardas. He had a very brief role in the third series but like a super lot of back story which tied in with Yoda, so it seems like that will eventually be developed further. I wonder if he will get his own spin-off, though I’d rather see one about Karrde first.

The whole Doriana/Thrawn thing answers a question I had from book six when Thrawn meets Sidious and Sidious asks him some questions and then he’s like “IT IS YOU!” Like obviously they knew about each other somehow but this explains that.