This book is very dense and very wonky. I wouldn’t recommend this to everyone. If you’re interested in power and politics, then this is a good book for you. 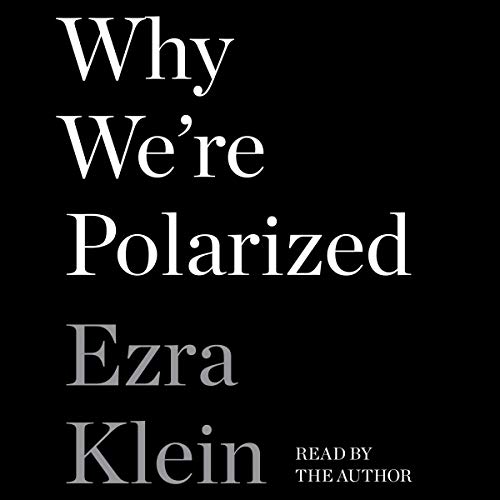 The central thesis of the book is two-fold. Klein argues that polarization is different from sorting or categorization because of homophilies. If I know how you feel about abortion, then I know how you feel about guns, despite the fact that these topics are unrelated. Klein argues that this is because those groups are aligned together. This means that whenever discussion is happening, anything that touches one topic touches all aligned topics; we can’t talk about abortion without also implicitly talking about guns.

Polarization, Klein argues, is the magnification effect that happens when groups are aligned on different issues. If I am debating abortion, then the emotion behind my argument also includes my emotion about guns and everything else, because our culture only exists at two ends of a spectrum with nothing in between.

Klein shows evidence for the escalation of these effects over the course of the last century, and concludes that there is no way to stop this and it’s going to keep getting worse.

This brings up Alinsky in my mind. His Rules For Radicals seem to reflect both the causes and the effects of polarization. I think it might be interesting to launch a discussion group/book club which reads both this book and Alinsky’s book in order to discuss what it means about how we should talk to each other and discuss topics of interest. The pursuit of an answer to this question will come to define much of the discourse over the next generation, whether or not people are aware of these topics.